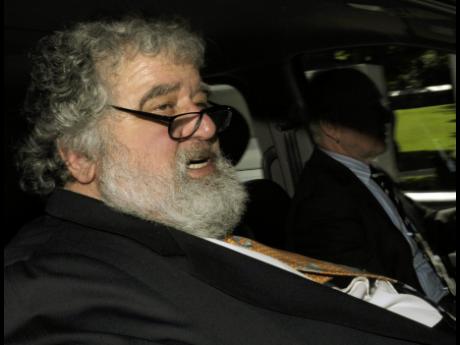 Chuck Blazer was banned for life by FIFA's ethics committee yesterday for widespread corruption, finally ending the career of the long-time most senior American in world football.

The ban from all football-related duties was a formality after Blazer, a former FIFA executive committee member, pleaded guilty to racketeering and tax evasion charges after documents were unsealed in May by United States federal agencies.

FIFA's ethics panel made its ruling using evidence from the American federal case which has plunged FIFA and international football into crisis.

"(Blazer) was a key player in schemes involving the offer, acceptance, payment and receipt of undisclosed and illegal payments, bribes and kickbacks as well as other money-making schemes," the FIFA ethics committee said in a statement.

He admitted receiving payments in a $10 million bribe scheme to support South Africa's successful bid to host the 2010 World Cup. The plot linked Blazer and two other then-FIFA executive committee members in receiving cash which South African officials asked FIFA to transfer through the governing body's accounts in 2008.

Blazer also admitted involvement in World Cup ticket scams and abusing his position as CONCACAF general secretary to take millions of dollars in kickbacks from commercial deals he negotiated for the Gold Cup tournament.

He was a cooperating witness with United States federal agencies since 2011 after his tax affairs were investigated.