Sex offender charged with murder of 2 sisters in 1975 case 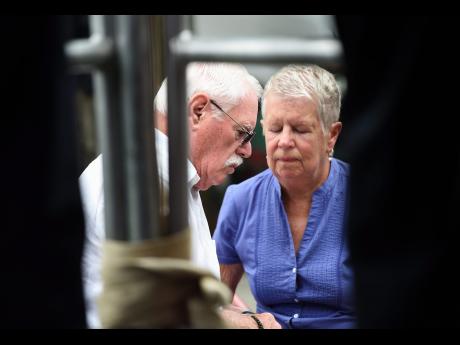 Forty years after two young sisters vanished from a suburban Maryland mall, an imprisoned sex offender has been charged with murder, authorities said yesterday, bringing some clarity to a baffling case that made parents afraid to let their children out of the house.

Lloyd Michael Welch Jr, 58, told authorities he was with the girls when they were abducted in March 1975 but denied any role in their deaths. Sheila Lyon, 12, and Katharine Lyon, 10, had walked a few blocks from their house to the Wheaton Plaza Mall to shop for Easter decorations and eat lunch. They never came home.

After decades of investigating leads and periodically identifying suspects, a break in the case came in 2013, according to an affidavit. A cold-case detective uncovered an interview that Welch gave to police in 1975. The detective compared a photo of Welch to a composite sketch from a witness who saw someone following the girls at the mall, and he saw "a strong likeness", the affidavit said.

Welch, who is serving a lengthy prison term in Delaware, was indicted by a grand jury in Bedford County, Virginia, last Friday on two charges of first-degree felony murder, though the girls' bodies were never found. The indictment, unsealed yesterday, says the murders were committed during an abduction with intent to defile.

In interviews from prison following the rediscovery of his 1975 interview and the sketch, Welch told police that he left the mall with the girls in a vehicle on the day they disappeared, and that the next day, he saw his uncle, Richard Welch, molesting one of the girls at his home, according to the affidavit. Lloyd Welch said he left and never saw the girls after that, according to the document.