Shooting at US Navy reserve centre, officer down 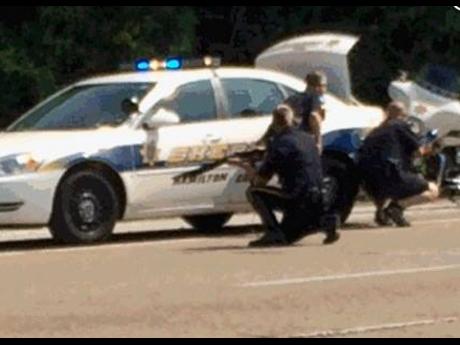 AP photo
In this image made from video and released by WRCB-TV, authorities work an active shooting scene on amincola highway near the Naval Reserve Center. 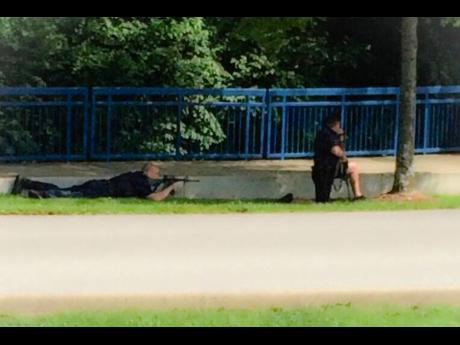 AP photo
In this image made from video and released by WRCB-TV, authorities work an active shooting scene on amincola highway near the Naval Reserve Center, in Chattanooga today.
1
2

An active shooter was reported at a military facility in the state of Tennessee, officials said today.

Andy Berke, the mayor of the city of Chattanooga where the shooting was reported, said at a news conference that it was a horrific situation. He did not release any other details. Berke said there's "an officer down" at a military reserve center.

"It's a very terrible situation," he said.

Police have set up a command post near the site. It was not immediately clear how many people may have been hurt, or whether the shooter had been apprehended.

The US Navy said in a tweet that it was investigating a report of a shooting at a Navy recruiting building.

Chattanooga State Community College said in a tweet and on its website that a shooting was confirmed near the campus and that everyone should stay inside and close doors. The campus was on lockdown.

Loretta Blevins, head server at a restaurant about a half-mile down the road from the shooting site, said she was outside and heard about three gunshots.

There were about six customers in the restaurant at the time, and others walking down the street were ushered inside for safety. Police told them there was an active shooter.

There are 16 people there now, locked down, anxiously watching the news.

"It's breathtaking when you see all the emergency vehicles and you have no idea what's going on or how close it is to you," she said.

Blevins said emergency vehicles are streaming up and down the road.

Brian Lepley, a spokesman with the US Army Recruiting Command in the nearby state of Kentucky, said the recruiting center on Old Lee Highway in Chattanooga has recruiting services for all four branches of the military. The Army recruiters told Lepley they were not hit and not injured. They have evacuated and are safe. He has no information about recruiters for the other branches.

Law enforcement told his recruiters that the shooter was in a car, stopped in front of the recruiting facility, shot at the building and drove off.