Switzerland extradites detained FIFA official to the US 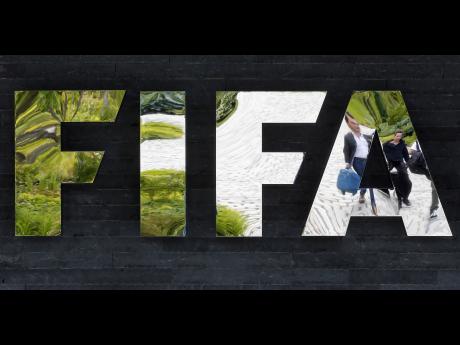 One of the seven FIFA officials arrested in Zurich as part of a corruption probe has been extradited to the United States, the Swiss Justice Ministry said today.

The Federal Office of Justice said the man, whom it did not identify, was extradited yesterday after 50 days of detention in Switzerland.

"He was handed over to a three-man US police escort in Zurich who accompanied him on the flight to New York," the ministry said in a statement.

The official agreed last week to be extradited, unlike six others who are fighting extradition.

The extradited man is accused of "accepting bribes totaling millions of dollars in connection with the sale of marketing rights to various sports marketing firms and keeping the money for himself," the justice office said last week.

All seven men were arrested on May 27 in dawn raids on a luxury hotel in Zurich by Swiss federal police at the request of American federal agencies.

A total of 14 men — nine football officials and five marketing executives — were indicted by the US Department of Justice in May, including disgraced former FIFA vice-president Jack Warner, who is resisting extradition from Trinidad and Tobago.

A further four, including American former FIFA executive member Chuck Blazer and two sons of Warner, had their guilty pleas unsealed in May.

They are alleged to have taken part in a racketeering conspiracy paying bribes of more than $150 million over a 24-year period. The payments were tied to the award of broadcast and hosting rights for the World Cup, continental championships in North and South America, and regional club tournaments.

Webb and Figueredo were named in the indictment among several men who have already shared in bribe payments of at least $40 million linked to broadcast rights for four editions of the Copa America tournament.

Blazer admitted sharing in a $10 million bribe scheme with Warner and a third FIFA voter to support South Africa's successful bid for the 2010 World Cup.

US authorities have said more indictments should follow, and FIFA President Sepp Blatter is a target of the widening case.

Under pressure from the investigation, and a separate Swiss federal probe of money laundering linked to FIFA's award of the 2018 and 2022 World Cups, Blatter announced on June 2 that he would leave office within months.

Blatter, who denies wrongdoing and must consent to be extradited from his native Switzerland, has refused to attend FIFA business in countries which have extradition treaties with the US.

On Monday, he will chair an executive committee meeting in Zurich which should decide on an election date for FIFA's 209 member federations to replace him as president.

Blatter is expected to travel to Russia next week to oversee the 2018 World Cup qualifying draw on July 25 in St Petersburg.