Merkel rules out 'haircut' for Greece, open to other relief 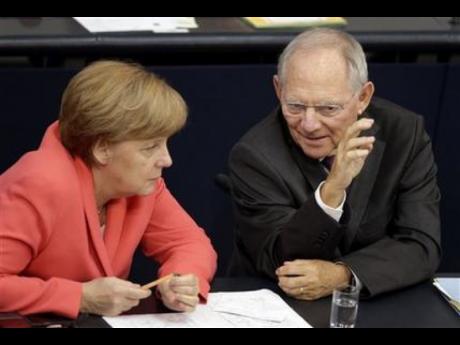 BERLIN (AP) -- Chancellor Angela Merkel has again ruled out forgiving Greek debt, but is signaling that Germany would show flexibility in how the money is paid back.

Speaking Sunday on ARD television's Bericht aus Berlin program, Merkel said that "a classic haircut of 30, 40 per cent of debt cannot happen in a currency union."

Greece previously has been given more favourable interest rates, time extensions and other relief, she said, and "we can talk about such things again."

However, she said that can be discussed only after details of Greece's bailout program are successfully concluded.

Sigmar Gabriel, who is also Germany's economy minister, said on ZDF television Sunday "it wasn't prudent to make this suggestion as a German suggestion," the dpa news agency reported.