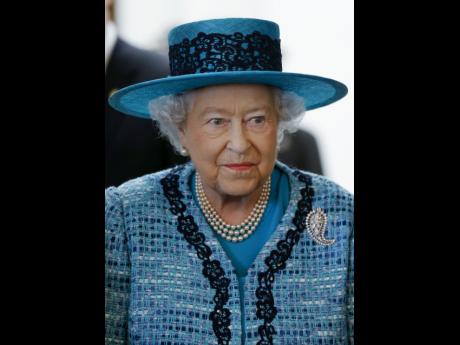 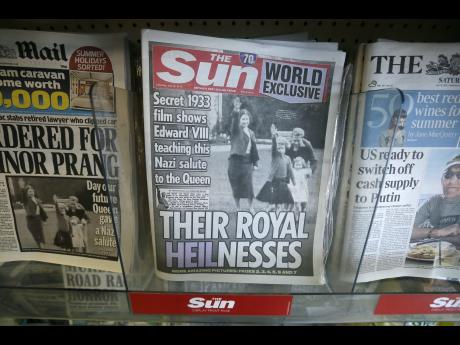 AP
A row of newspapers on display in London including a paper with a photo of Britain's Queen Elizabeth as a child giving a Nazi salute.
1
2

Buckingham Palace expressed its disappointment yesterday with a tabloid newspaper for publishing images of a young Queen Elizabeth II performing a Nazi salute with her family in 1933, the year Adolf Hitler came to power.

The palace took the unusual step of commenting on the report in The Sun newspaper, which shows the queen - then about seven years old - at the family home in Balmoral, with her uncle Edward, mother, and her sister. The grainy footage also shows Elizabeth's mother making the salute as the family laughs.

"It is disappointing that film, shot eight decades ago and apparently from Her Majesty's personal family archive, has been obtained and exploited in this manner," the palace said.

The images, posted on the newspaper's website under the headline "Their Royal Heilnesses", shows the young girls prancing on the grass. A dog runs underfoot. The girls jump up and down.

Military historian James Holland told The Sun that the royals were joking.

"I don't think there was a child in Britain in the 1930s or '40s who has not performed a mock Nazi salute as a bit of a lark," he was quoted as saying.

The queen's former press secretary, Dickie Arbiter, said the royals would be relaxed about the release of the film given the context in which it was shot - and given that the monarch's parents took a fierce anti-Nazi stand during World War II. But he said they would be angry about how the newspaper obtained what is essentially a home movie.

The Sun's managing editor, Stig Abell, said the footage was obtained legitimately. He told the BBC that the story was "not a criticism of the queen or the Queen Mum".