Scuttling Iran deal might not be easy for next president 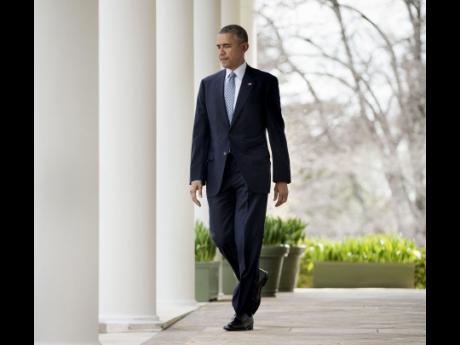 Republican presidential contenders are unhappy with President Barack Obama's nuclear deal with Iran and vow to rescind the agreement, some, on their first day in office.

But it may not be that easy.

If Iran lives up to its obligations, a new president could face big obstacles in turning that campaign promise into United States (US) policy. Among them: resistance from long-time American allies; an unravelling of the carefully crafted international sanctions; and damage to US standing with the rest of the world, according to foreign policy experts.

"The president does not have infinite ability to get other countries to go along with them," said Jon Alterman, director of the Middle East programme at

the Center for Strategic and International Studies.

"One of the consequences is the United States would be increasingly isolated at a time when Iran is increasingly integrated with the rest of the world."

Both Obama and Republicans know first-hand the difficulties of dismantling major policies, a task that only gets harder the longer a policy has been in place.

After more than six years in office, Obama has failed to achieve his promise to shutter the Guant·namo Bay prison despite signing an executive order authorising its closure on his first day in office. And more than five years after Obama's health-care overhaul became law, Republicans have been unable to find a legal or legislative means for repealing the sweeping measure.

While some elements of the nuclear accord don't go into effect immediately, the centrepiece of the agreement is expected to be implemented quickly. If Iran curbs its nuclear programme as promised, it will receive billions of dollars

in relief from international sanctions.

To Republican presidential candidates, rolling back that quid pro quo would be a top priority if they were to win the White House.