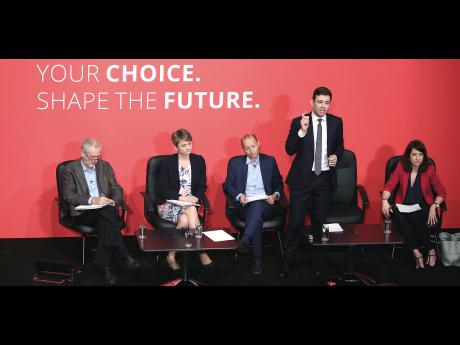 Britain's Labour Party lost the election. Now it is losing its way, careening into a crisis that could rip apart a party that governed for long stretches of the 20th century.

Labour is seeking a new leader to help it regain voters' trust, and an old-school socialist lawmaker, who has never held government office, has gone from long shot to apparent contender - to the horror of party chiefs and the delight of political opponents.

The strongly anti-austerity Jeremy Corbyn has risen to second-favourite among four candidates in bookmakers' odds, behind more centrist legislator, Andy Burnham, as he wins over a growing number of disillusioned Labour members.

Labour lost power in 2010, and was trounced by the Conservatives on May 7 in an election poll that had predicted would be close. Voters handed Prime Minister David Cameron's party another five-year term, convinced by its argument that spending cuts were needed to reduce a huge deficit created by Labour's economic mismanagement.

Former Prime Minister Tony Blair, who led Labour to three consecutive election victories, made a rare return to British politics last Wednesday to warn his old party that Labour needs to "win from the centre".

He said adopting an "old-fashioned leftist platform" of tax-and-spend policies would alienate voters just as it did during the 1980s when Labour floundered as Conservative Prime Minister Margaret Thatcher moved Britain's economy to the right.

All parties go through soul searching after losing an election, but Labour's crisis is more profound.

At the heart of the problem is an unresolved identity crisis. Labour was built as the party of the industrial working class, then transformed by Blair and his "New Labour" colleagues to embrace private investment, personal wealth and the financial sector.