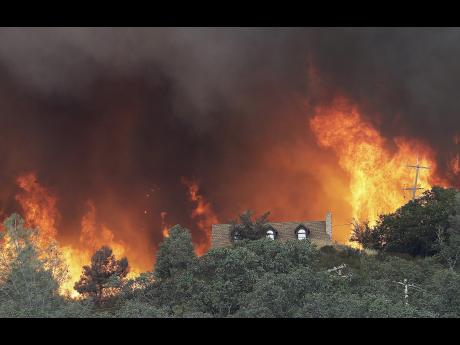 The wildfires burning across northern California claimed the life of a Forest Service firefighter last Friday even as the blaze continued.

Searchers who had been scouring the region all night found the body of David Ruhl last Friday morning near the so-called Frog Fire, northwest of Adin.

The Frog Fire began near a campground last Thursday and swelled to 800 acres by Friday evening. Erratic winds were making the path of the blaze hard to predict.

There are more than a dozen major wildfires across the state of California, which is in the fourth year of a historic drought.

The largest is the so-called Rocky Fire in Lake County west of Sacramento, which was up to 18,000 acres.