Kerry: Malaysia trafficking upgrade not due to trade talks 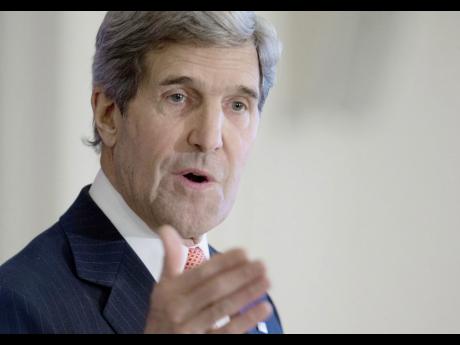 US Secretary of State John Kerry said yesterday that Malaysia was upgraded from the lowest ranking in a US human trafficking report because it made significant improvements, not to ensure its continued participation in talks for a US locked regional trade pact.

Malaysia was upgraded last month from the 'Tier 3' ranking it received in last year's State Department report on trafficking. Critics contend that the decision was related to its involvement in negotiations for a Trans-Pacific Partnership Agreement that Washington is eager to conclude.

Kerry said he signed off on the trafficking report and had no conversations with anyone about links between it and the TPP talks.

"The government of Malaysia, I am pleased to say, has made significant efforts to comply with the minimum standards," he told reporters after attending a regional security meeting. "Malaysia has passed additional legislation in 2014. They consulted with civil society, drafted amendments to anti-trafficking law in order to allow the country's flawed victim protection regime to change."

Despite the upgrade, Kerry said Malaysia still has "a long way to go" and that it did not mean a "gold seal of approval" from Washington. Malaysia will be demoted next year if it fails to follow through, he warned.

"I made it clear in my meetings that this is a priority for the United States and that they need to continue to show leadership as they did in the passing of their laws with the full implementation of the laws," he said. "We all need to be true to the principle that, although money may be used for many things, we must never allow a price tag to be placed on the heart and soul and the mind of a living person."