Fights among migrants break out on Greek island of Kos 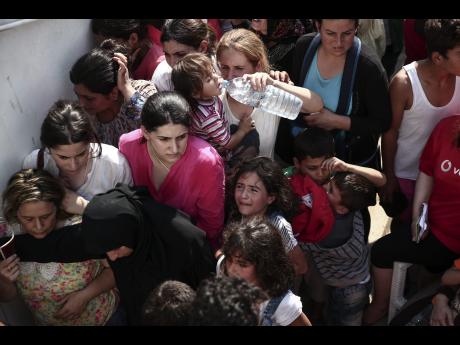 AP
A girl cries as hundreds of migrants gather for a registration procedure at the stadium of Kos town on the southeastern island of Kos, Greece, yesterday, where fights broke out among migrants.

Fights broke out among migrants yesterday on the Greek island of Kos, where overwhelmed authorities are struggling to contain increasing numbers of people arriving clandestinely on rubber dinghies from the nearby Turkish shore.

"We want papers, we want to eat!" they chanted.

Hundreds of people arrive on Greece's eastern Aegean islands daily, many after fleeing conflict in Syria and Afghanistan. Authorities, locals and charity groups are struggling to provide registration, food and shelter to the new arrivals, many of whom are children.

Many of those on Kos, a popular tourist destination, had been camping in the main town's parks and squares.

An attempt to have them relocated to a stadium for registration degenerated with fights breaking out among some of the roughly 1,500 people gathered in a long, crowded queue in the stadium.