Togo refugees: On the run for 10 years, no peace in sight 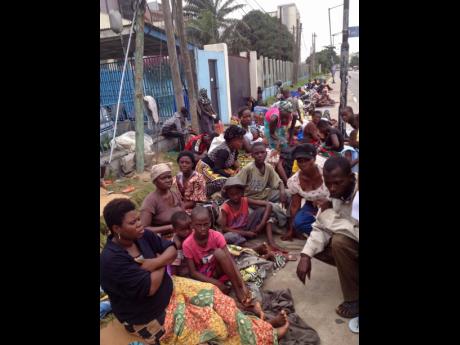 AP
Togo refugee Tsevi Afi, left, sit with her husband Komi Gbomagni, right, and other refugee's outside the gates of a refugee agency in Lagos, Nigeria. Asylum seekers who fled political violence in Togo 10 years ago are now seeking refuge in Lagos, Nigerias commercial capita 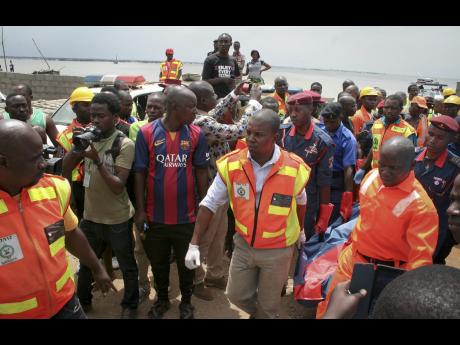 AP
Emergency services bring ashore the recovered bodies of two crew members, after a helicopter flying from an offshore oil rig plunged into a lagoon, in Nigeria', recently.
1
2

More than 100 people, including children who have been refugees all their lives, slept by a traffic-clogged road for three nights.

They crossed from Benin in July after authorities demolished the Agame refugee camp where they lived for a decade. The refugees were told to integrate into Benin or return home, said The UN refugee agency. Only 28 returned to Togo in 2014 from more than 9,000 refugees in Benin and other countries, said the agency's website.

Those in Nigeria fear returning. Amnesty International reported in February that Togo sometimes tortures detainees. Togo's President Faure Gnassingbe was reinstated in April, after succeeding his father in 2005 elections marred by violence and rigging, to perpetuate a family dynasty that has ruled nearly 50 years.

"If we return, we might be arrested, even killed," Tsevi Afi said, explaining her brother-in-law was killed during the 2005 elections.

The family fled to Benin. Now, they are homeless again.

"We have been sleeping in the open," said Afi, sitting in the dirt with three children. Five months' pregnant, she said she walked for five days through the bush to sneak into Nigeria. They sought help from the UN and Nigerian refugee agencies.