Obama to seek unity with pope 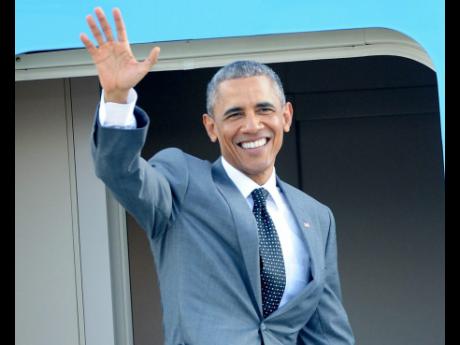 Sweeping into office in 2009, President Barack Obama captured near rock-star status around the world among millions who saw him as the embodiment of a new sense of social purpose. Now, that baton has largely been passed to Pope Francis, whose visit to the White House next month will put his common cause with Obama on vivid display.

Obama has made no secret of his affection for the outspoken pope, calling him a "transformative leader" whose influence has transcended the Roman Catholic community. The pope has embraced many of the issues Obama has sought to advance, including global warming, poverty and diplomacy with Iran and Cuba.

Vice-President Joe Biden, a Catholic, said the pope's September 23 visit will mark an important moment not only for Catholics but also for all Americans.

"Pope Francis has breathed new life into what I believe is the central mission of our faith: Catholic social doctrine," Biden said in a statement to The Associated Press. Invoking key elements of Obama's agenda, Biden added that Francis, "has become a moral rudder for the world on some of the most important issues of our time, from inequality to climate change."

The pope's brief visit to the White House is part of his highly anticipated trip to the US and Cuba. It's a reunion of sorts for Obama and Francis, who first met when the president visited the Vatican last year.

Despite deep differences on some social issues such as abortion, Obama and the pope are expected to focus on areas of agreement. The White House said economic opportunity, immigration and refugees, and protection of religious minorities were high on the agenda.

"It's going to be a come-to-Jesus moment - no pun intended - for the many politicians who want to claim the mantle of Pope Francis," said Michael Wear, a former White House official who led faith outreach for Obama's 2012 campaign.

For Obama, the visit offers a chance to imbue his remaining goals with a sense of moral authority as he approaches the end of his presidency.

Viewed as largely above politics, Francis is extremely popular in the US. Tickets to his speech to Congress are such a hot commodity that an overflow crowd of thousands is expected to watch on Jumbotrons from the National Mall, the grassy expanse that leads to the Capitol.