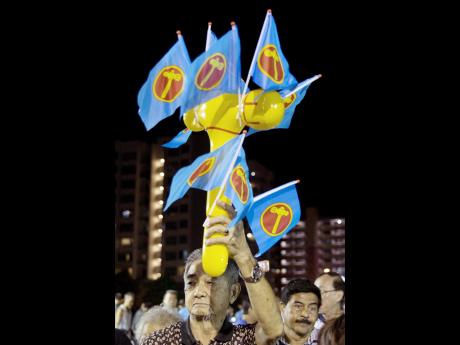 AP
A resident holds up flags of the opposition Workers’ Party during a rally in Singapore on Sunday. Singapore will hold a general election on Friday in what is expected to be a tight contest for the ruling party that has dominated politics in the city-state for 50 years but is now facing growing disaffection among citizens. 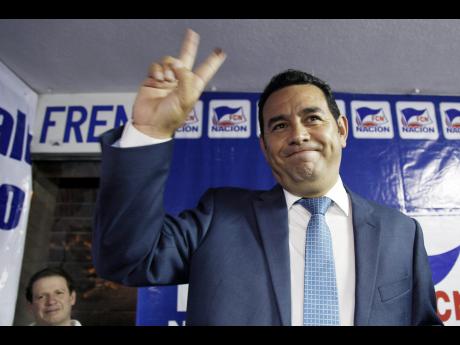 AP
Television comedian and presidential candidate for the National Front of Convergence party Jimmy Morales, flashes the victory sign for photographers during a press conference at his party headquarters in Guatemala City, Sunday. 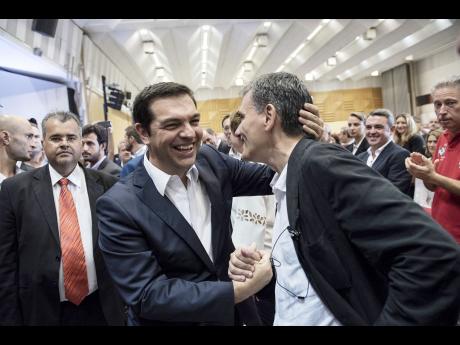 A former television comic was heading for a run-off with either a wealthy businessman or a former first lady in voting for Guatemala's next president days after the Central American nation's leader resigned over a corruption scandal.

With more than 96 per cent of polling stations reporting yesterday, comedian Jimmy Morales, who has never held elective office, was leading with 24 per cent of the vote.

Businessman and longtime politician Manuel Baldizon and ex-first lady Sandra Torres were in a tie, each with about 19.4 per cent. Baldizon led Torres by less than 800 votes among nearly five million votes cast.

The top two finishers in the field of 14 will advance to a run-off to be held October 25.

The candidates in Sunday's election faced an uncomfortable challenge: trying to win votes in a nation where former President Otto Perez Molina remains in court custody awaiting a decision on whether he will be tried on graft charges.

Most of the candidates were old-guard figures picked to run before energised prosecutors backed by a mass anti-corruption movement toppled Perez Molina's administration. Many voters were so skeptical that they campaigned for the election itself to be postponed to give them a new crop of choices.

Morales boasted of his outsider status and said he is part of the uprising against corruption. He has promised greater transparency, including media review of government contracts.

Baldizon had led most polls with roughly 30 per cent backing. His running mate is accused by prosecutors of influence trafficking but as a candidate, enjoys immunity from prosecution.

Baldizon has acknowledged Guatemalans' disgust with crime, corruption, and impunity. His campaign website vows a "modernisation of the democratic state" to reform government and combat poverty and social inequality.