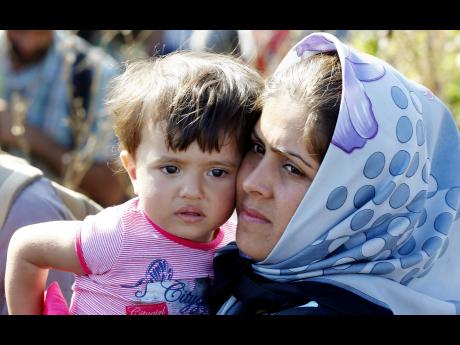 AP
A mother holds her child while waiting for a bus at a temporary holding centre for migrants near the borderline between Serbia and Hungary in Roszke, southern Hungary, yesterday. 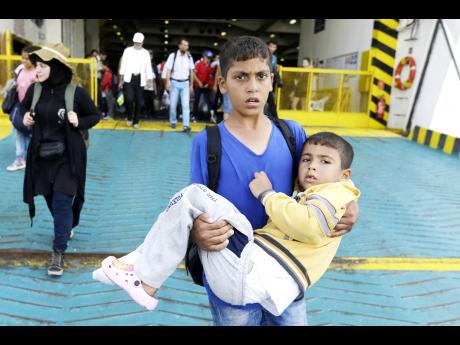 AP
A boy carries a child with a leg injury after their arrival from the northeastern Greek island of Lesbos to the Athens’ port of Piraeus yesterday.
1
2

European Commis-sion President Jean-Claude Juncker yesterday called on EU countries to agree by next week to share 160,000 refugees, warning that Greece, Italy and Hungary can no longer cope alone.

In an impassioned appeal at the European Parliament in Strasbourg, France, Juncker unveiled a list of new proposals to help Europe confront its biggest refugee crisis since World War II.

"The refugee crisis will not simply go away," Juncker told EU lawmakers, noting that some 500,000 migrants have entered Europe this year, many from conflict-torn Syria and Libya. "It is high time to act."

"We are fighting against Islamic State, why are we not ready to accept those who are fleeing Islamic State?" he said.

Hungary estimates that more than 160,000 people have crossed its borders alone this year.

The EU's first refugee plan never won full support, and only around 32,000 refugees have been allocated. Hungary was among the countries to reject it, along with the Czech Republic, Slovakia and Poland.