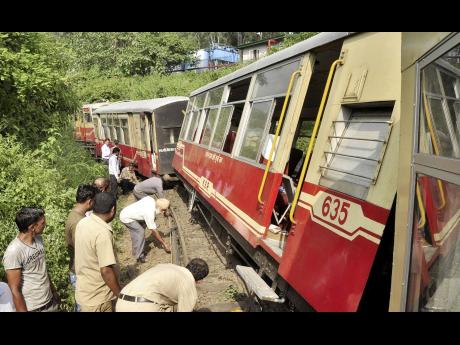 Three coaches of a special tourist train went off the tracks near the northern hill town of Kalka. The train was rounding a curve when the coaches derailed.

Two women, both British tourists, died instantly in the accident. Five other passengers were injured. No other details were immediately available.

Suresh Prabhu, India's railway minister, ordered an investigation into the accident. The train, known as "a toy train", is a tourist attraction, with only five coaches, and does a scenic route to the mountain resort town of Shimla.

India operates one of the world's largest railroad networks, with about 23 million passengers travelling by train every day.