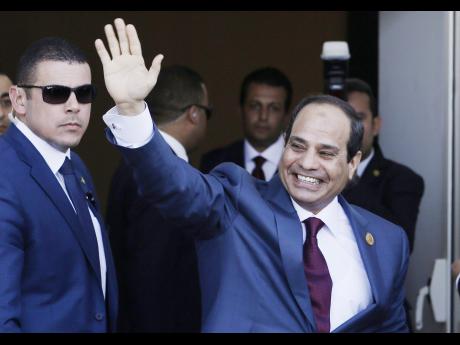 Egypt's government resigned yesterday in the face of intense criticism from state-friendly media that reflects growing discontent but stops short of faulting President Abdel Fattah el-Sissi, the former general who led the overthrow of an Islamist president two years ago.

The office of the president said he accepted the resignation of Prime Minister Ibrahim Mehleb and his Cabinet, but that the ministers would continue to serve until a new body is appointed. El-Sissi tasked Petroleum Minister Sherif Ismail with forming a new Cabinet within a week.

Prior to handing in his resignation, Mehleb provided a report detailing the performance of the government, which two officials from the president's office said el-Sissi found "unsatisfying". The officials spoke on condition of anonymity because they are not authorised to brief reporters.

Egypt's president is generally in charge of major affairs of state while the prime minister, whom he appoints, handles day-to-day running of the government.

El-Sissi, in recent months, has had to perform tasks that normally should fall to Mehleb, such as arranging meetings with ministers and negotiating business deals with foreign investors, according to the two officials.

Mehleb also failed to pressure his ministers into following through on memorandums of understanding that el-Sissi signed during a much-publicised economic summit in March, they said.