Skip to main content
Why now? Why so many?

Why now? Why so many? 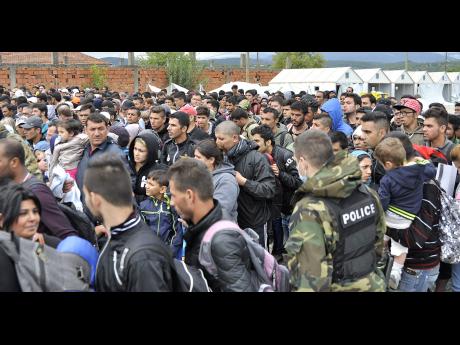 AP
People gather as they prepare to leave a refugee camp in the southern Macedonian town of Gevgelija. 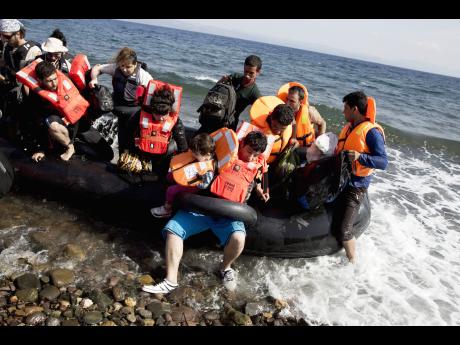 AP
Jango from Syria and his daughter Varia, foreground right, land with others refugees on the island of Lesbos, as arrive aboard a dinghy after crossing from Turkey to Greece, last Tuesday.
1
2

Migrants have for years taken death-defying trips across the Mediterranean to reach Europe, but the flow has hit record proportions this year notably with an influx of Syrians, Afghans and Eritreans fleeing war, repression or poverty back home.

The push has by some accounts already topped 432,000 people this year. While some are economic migrants, most are Syrians fleeing carnage at home.

Travelling mostly into Greece by way of the Aegean Sea from Turkey, more than 175,000 have flooded into Europe this year already more than twice the number in all of last year, the International Organisation for Migration says.

A variety of factors including a spike in fighting and sagging international aid are fuelling the surge.

People fleeing war zones make up the majority of migrants passing through Greece. Tens of thousands are also pouring into Italy with a mishmash of nationalities led by Eritreans, Nigerians, Somalis, Sudanese and Syrians, according to the International Organisation for Migration.

While the main Mediterranean migrant flows of recent years have been from North Africa to Italy and Spain, the recent surge has occurred between the Turkish coast and nearby Greek islands that have been badly under prepared for the influx.

From there, the migrants have travelled via mainland Greece, Macedonia, Serbia, Hungary and Austria what is known as the Western Balkans route.