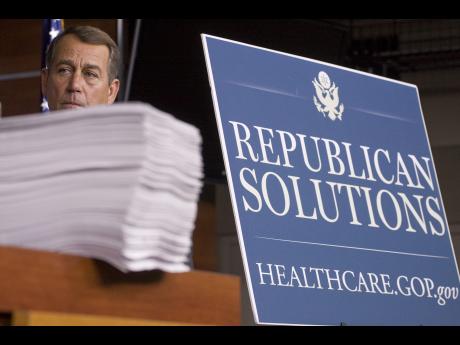 in last month as Speaker

Speaker John Boehner said he's determined to clean up some of the mess of a politically gridlocked Congress in his final month before his successor takes over the House.

The Ohio Republican said a spending bill to keep the government running will pass and there will be no shutdown when money runs out at midnight tomorrow. Beyond that, he said on CBS's Face the Nation Sunday, he expects "I might have a little more cooperation from some around town to try to get as much finished as possible".

"I don't want to leave my successor a dirty barn," he said. Among issues still to be settled: a transportation bill, tax breaks, and whether to raise the government's debt limit.

The interview was Boehner's first after announcing Friday that he would resign from Congress at the end of October. The timing, he said, was clarified after spending the day with Pope Francis and designed to help avert a government shutdown. But even as he looked forward, Boehner harked back to the faction of his party that he ultimately could not control.