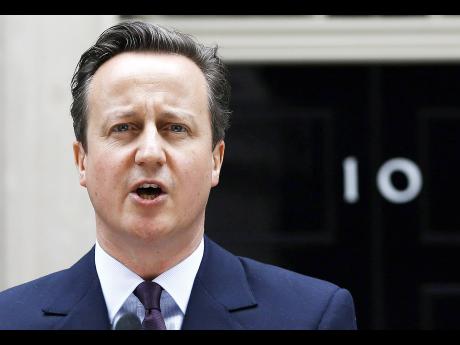 British officials have welcomed a United Nations (UN) decision to place four British jihadis who have joined the Islamic State group in Syria on a sanctions list.

Prime Minister David Cameron's office said yesterday the action "sends a clear deterrent message to those thinking" of going to Syria to join the extremists.

The British government had asked the UN to place the four fighters on the sanctions list. It was the first time since 2006 it had sought such action.

It said Mahmood traveled to Syria in November 2013 to join the militants and said she is "believed to be a key figure" in a female brigade charged with enforcing Islamic State's interpretation of Islamic law. It said she had recruited women for Islamic State online and used social media to offer advice on how to travel to Syria.

Muthana is identified by the UN as having helped finance, plan and facilitate Islamic State activities after travelling to Syria in 2013. He is listed as having appeared in numerous recruitment videos and calling for Muslims in the west to join jihad.

Hussain is said to have travelled to Syria in January 2014, taken part in recruitment programmes and threatened to return to Britain to "plant a bomb."

The UN documents say Jones went to Syria in 2013 to join Islamic State with her husband used social media to recruit female jihadis.

She is said to have used the pseudonym Umm Hussain al-Britani to post messages. "You Christians all need beheading with a nice blunt knife," said one posting attributed to her. Another calls for individuals to launch attacks inside Britain and offers guidance on how to build homemade bombs.