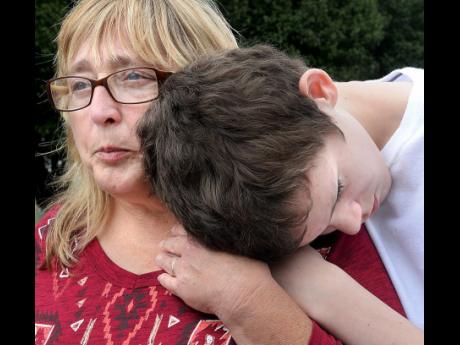 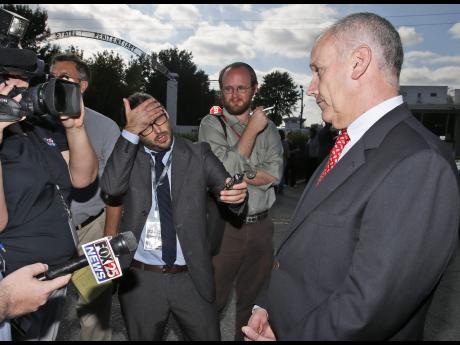 AP
Federal public defender Dale Baich (right), one of the attorneys for death-row inmate Richard Glossip, talks with the media outside the Oklahoma State Penitentiary.
1
2

Oklahoma death row inmate Richard Glossip was just minutes away from his scheduled lethal injection, stripped of all his belongings in a holding cell just a few feet from the state's death chamber, when he learned his execution had once again been delayed.

"I'm just standing there in just my boxers," Glossip, who claims he's innocent, told reporters in a telephone interview from the Oklahoma State Penitentiary. "They wouldn't tell me anything. Finally, someone came up and said I got a stay."

For the second time in as many weeks, Glossip on Wednesday received a last-minute stay of execution, this time a 37-day delay from Oklahoma Governor Mary Fallin after prison officials said one of the three drugs they had received to carry out the lethal injection was the wrong one.

Oklahoma's protocols call for the use of potassium chloride, but the state received potassium acetate instead. State law prohibits prison officials from revealing the drugs' supplier. While the drugs treat similar medical conditions, Oklahoma officials didn't know whether the potassium acetate was an appropriate substitute in an execution.

Fallin spokesman Alex Weintz said on Wednesday that the Department of Corrections receives its lethal injection drugs on the day of an execution, but state officials had written to the local federal public defender's office in August to say prison officials had found the needed drugs.