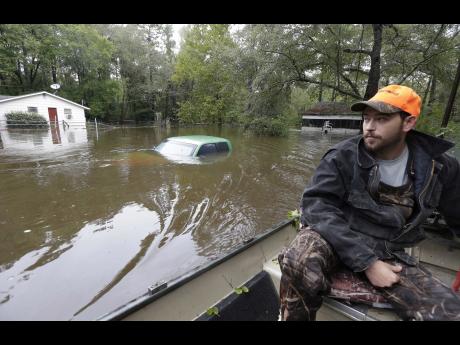 Another day of heavy rain drenched an already inundated South Carolina yesterday as rescue teams went door to door to check on people in swamped neighbourhoods, and authorities surveyed a statewide road

At least nine weather-related deaths in two states were blamed on the vast rainstorm, the latest coming when a sedan drove around a barricade and stalled in rushing waters. The driver drowned, but a woman who was riding in the car managed to climb on top of it and was rescued by a firefighter who waded into the water.

"She came out the window. How she got on top of the car and stayed there like she did with that water, there's a

Heavy rain kept falling yesterday around the Carolinas from the storm that began in the Southeast last week, part of an unprecedented system that dumped more than a foot of rain across South Carolina and drenched several other states.