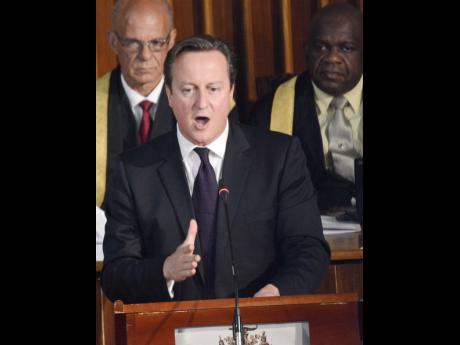 In a speech to the governing Conservative Party's annual conference, Cameron said he would create a "Greater Britain" before leaving office before the 2020 national election.

The road may not be entirely smooth. Cameron leads a party that's euphoric after an unexpected election victory but bitterly divided over whether Britain's future lies inside or out of the EU.

Cameron has promised to hold a referendum on membership of the 28-nation bloc by the end of 2017, and argues that Britain should stay in as long as he can negotiate looser ties. But many in his party are skeptical of the benefits of membership, and the hundreds of thousands of refugees flowing to and through the EU this year have boosted the "exit" side of the Brexit debate.

Cameron assured delegates in Manchester, northern England, that he had "no sentimental attachment" to the EU and was "only interested in two things: Britain's prosperity and Britain's influence."

"That's why I'm going to fight hard in this renegotiation so we can get a better deal and the best of both worlds," he said.

In May, Cameron's party defied poll predictions by winning a majority of House of Commons seats, making him the first head of an all-Conservative government in almost two decades.