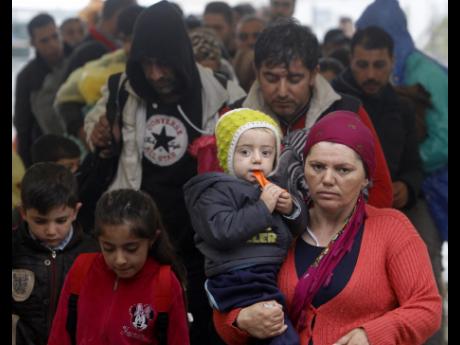 AP
A woman carries a baby and arrives with others at the transit camp for refugees near the southern Macedonian town of Gevgelija, after crossing the border from Greece, yesterday. 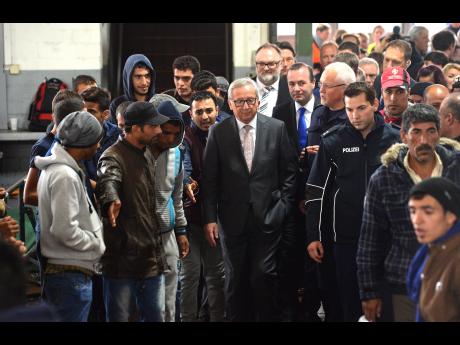 Britain urged the European Union yesterday to speed the deportation of people who do not qualify for asylum as the EU struggles with its biggest refugee emergency in decades.

More than 500,000 people have arrived this year seeking sanctuary or jobs, sparking the EU's biggest refugee emergency in decades.

But of people who fail to obtain asylum or residency in the 28-nation EU, less than 40 percent actually go back. The failure of countries to fully apply the law is seen as a major flaw in the EU's joint migration policy.

"We need to see Europe upping its game," Britain's interior minister, Theresa May, told reporters ahead of talks with her EU counterparts in Luxembourg.

She said the EU "should be sending economic migrants back to their countries of origin. It's why we need to crack down on those who are abusing our asylum system."

May urged Britain's partners to take more refugees directly from camps outside Europe, in places like Turkey, Lebanon and Jordan, which is Britain's policy. Britain has announced it will accept 20,000 Syrians from refugee camps over the next five years.

The EU interior ministers are likely to agree to crack down on migrants who have been refused entry into the bloc so they can be swiftly sent home.

This could include tougher measures to put those who have to leave in pre-departure detention to make sure they don't disappear and live illegally in EU nations.