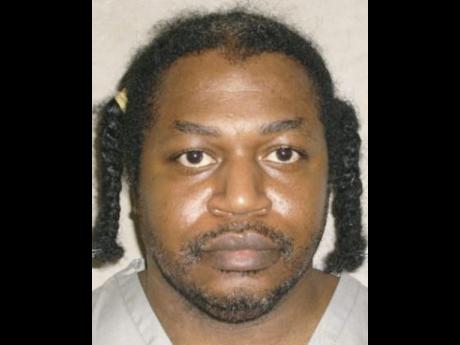 Oklahoma has one of the busiest death chambers in the country, its 112 executions trail only Texas' 529 since the US Supreme Court reauthorized the death penalty in 1976, according to data from the Death Penalty Information Centre, which opposes executions. But mishaps have caused the state to put all executions on hold as the state investigates its protocols and procedures.

Here are some notable events in Oklahoma's executions:

August 11, 1995: Hours before Robert Brecheen's execution, he attempted to overdose on sedatives and anti-anxiety pills that he had hoarded in his cell. He was rushed to a hospital, had his stomach pumped and was returned to the death chamber, where he was executed hours later.

November 6, 2012: Garry Allen was executed on the day of the 2012 general election despite his attorneys' claims that their client was insane. Allen spent his final moments rambling about the presidential election and appeared startled when a prison official announced the start of his execution. Allen, who had suffered a brain injury after being shot in the head during his arrest, was executed even though the state's parole board recommended clemency. Among his last words were "What? Huh?"

April 29, 2014: The state's prison director halted Clayton Lockett's execution after Lockett writhed and groaned on the gurney, but the inmate died anyway 43 minutes after the drugs began to flow. Oklahoma was using a new sedative, midazolam, as part of its three-drug lethal injection procedure. The state had planned to execute Charles Frederick Warner on the same night, but his execution was stayed after Lockett's went awry.

June 25, 2014: A group of inmates filed a federal lawsuit alleging Oklahoma unconstitutionally allows an "ever-changing array of untried drugs" during executions. The state later argued that an improperly placed intravenous line, not its new mix of drugs, was what disrupted Lockett's execution.

December 22, 2014: A federal judge declared Oklahoma's lethal injection protocol constitutional. But three weeks later, the US Supreme Court agreed to consider whether Oklahoma can use midazolam during executions.

January 15, 2015: Oklahoma executed Warner for the 1997 killing of his roommate's infant daughter. He said "My body is on fire," after receiving midazolam but showed no other signs of distress. He died 18 minutes after the start of the execution.

June 29, 2015: A sharply divided US Supreme Court upheld Oklahoma's use of midazolam during state executions.