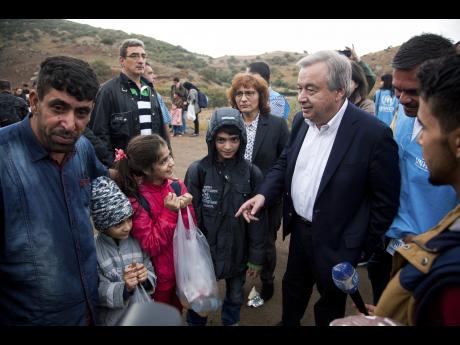 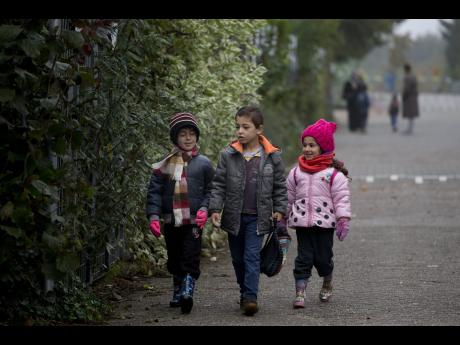 AP
Migrant children walk towards their school in the village of Oranje, Netherlands.
1
2

St Louis Archbishop Robert Carlson issued a pastoral statement Monday in support of immigrants and refugees, citing concerns about what he called "the language and rhetoric of discrimination, hate and alienation".

Carlson's statement was released in English and Spanish. He also sent a memo to priests within the archdiocese, asking them to read the statement in both languages at all Masses.

Archbishop since 2009, Carlson did not specify the source of the language that concerned him. Recently, several politicians have been outspoken in their belief that those living in the US illegally should be deported. A message seeking an interview with Carlson was not immediately returned.

"In my visits and conversations with our Hispanic sisters and brothers, in particular, I have heard how difficult, painful and divisive this rhetoric of hate has been, and how it is creating an atmosphere of anxiety, withdrawal and fear," Carlson's statement read.

He urged others to join him in expressing "solidarity and hope" with immigrants and refugees in the St Louis archdiocese, which includes 10 Missouri counties and the city of St Louis, where more than a half-million Catholics reside.

Antonio Maldonado, an activist in the St Louis Hispanic community and a Catholic, said the statement is overdue but welcome.

"A lot of people will be more at ease because they've lived some of this hate, especially the newer immigrants," Maldonado said. "But more importantly, in the Anglo parishes, we'll get some awareness of the plight that not only Hispanic immigrants but a lot of immigrants are going through."

Pope Francis has made immigration a top priority of his pontificate, condemning indifference to the plight of immigrants, decrying what he has called the "inhuman" conditions facing migrants crossing the US-Mexico border and calling on every parish and religious community in Europe to take in refugees who have been arriving on the continent from Syria and other war-torn countries. Francis urged a generous welcome for immigrants repeatedly in his visit last month to the US.