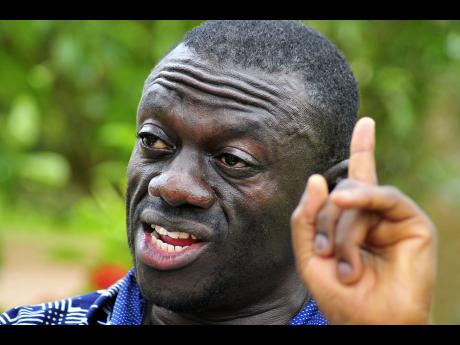 An opposition leader in Uganda who is running for president is under house arrest to prevent him from holding rallies that have been called illegal by the government, a police spokeswoman said.

Kiiza Besigye of the Forum for Democratic Change party is being detained in his own home near the capital, Kampala, as a preventive measure "to ensure that there is no breach of peace", said police spokeswoman Polly Namaye.

Besigye was arrested because he planned public rallies and not the indoor meetings for which he got approval, in eastern Uganda, she said.

Ugandan police face mounting criticism over alleged brutality in breaking up rallies held by supporters of Besigye and former Prime Minister Amama Mbabazi, who also is running for president in elections next year.

Human Rights Watch researcher Maria Burnett said yesterday that "calls for investigations go nowhere because the brutality is the objective".

"Ultimately, until Ugandans can freely assemble, hear divergent views, and weigh how to use their vote without fear of tear gas, bullets, and batons, the freedom and fairness of Uganda's elections will be in question," she said.

This is the fourth time Besigye is running against President Yoweri Museveni, who has held power since 1986.