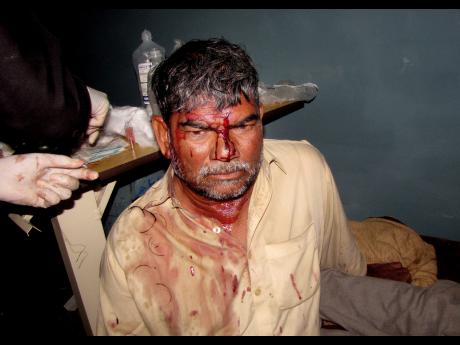 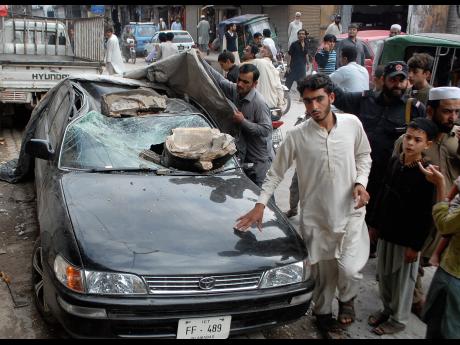 AP
People stand near a car damaged from an earthquake in Peshawar, Pakistan, yesterday. 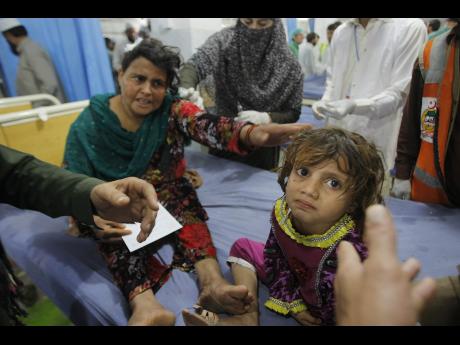 A strong earthquake in northern Afghanistan shook buildings from Kabul to Delhi, cut power and communications in some areas and caused more than 150 deaths, mainly in Afghanistan and Pakistan.