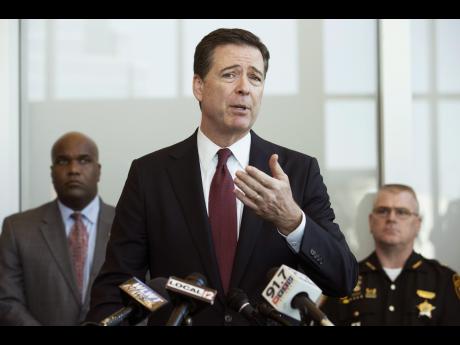 This year has brought an unusually grim and steady drumbeat of violence throughout the country.

A five-year-old girl killed this month in Cleveland in a drive-by shooting. Seven people slain in Chicago over the weekend of July 4. A young female journalist in Washington DC, fatally struck by an errant bullet in May while waiting to change buses.

Violent crime has often been a local government concern and a problem that had been on the decline. But rising homicide totals in most of America's large cities have sounded alarms within the Obama administration, with federal officials drawing urgent attention to the problem before Congress, at conferences and in speeches.

The Justice Department this month organised a brainstorming summit with mayors and police chiefs. And FBI Director James Comey, testifying last week, said the "very disturbing" homicide spike has law enforcement scrambling to figure out why it's happening now, and why in so many cities that seemingly have little in common otherwise.

The numbers are nowhere close to levels of the early 1990s, when the crack cocaine epidemic contributed to hundreds of homicides a year in large cities.