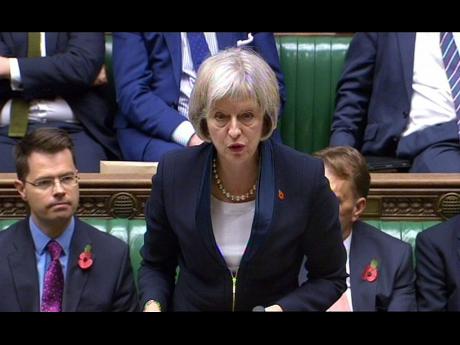 AP
In this video grab, Home Secretary Theresa May speaks in the House of Commons, in London, yesterday. British police and spies will get new powers to comb through citizens' online activity under a new law regulating cyber-snooping.

The draft Investigatory Powers Bill is intended to replace a patchwork of laws, some dating from the Web's infancy, and set the limits of surveillance in the digital age.

Home Secretary Theresa May said the new rules would give security services a "license to operate" in the Internet era, but privacy groups have called them a licence to snoop.

If approved by Parliament, the bill will let police and spies access Internet connection records, a list of websites and social media apps someone has visited, though not the individual pages they looked at or the messages they sent.

Communications companies will be required to hold onto the data for up to a year, and police can seek warrants to look at them as part of criminal or terrorism investigations.

May said the data was "simply the modern equivalent of an itemised phone bill", but civil liberties groups have said the proposed law marked a big expansion of snooping powers.