The Guyana government has announced plans to establish a Witness Protection programme.

Minister of Governance, Raphael Trotman, told reporters at a press conference on today that a Witness Protection bill is currently before a cabinet sub-committee and will be tabled in Parliament. 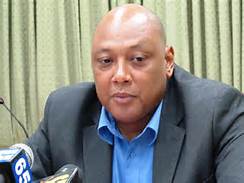 He said several of the measures will be incorporated into the programme, inclusive of the provision of new identities and new housing arrangements.

Trotman added that the initiative would see Guyana cooperating with other countries in the region that have already implemented such a programme.

“This is really more of a CARICOM crime and security initiative.

Trinidad, Jamaica and Barbados have already started working with each other where they move witnesses … before during and after trials within each other’s countries and I have no doubt that Guyana will avail itself to the opportunity to do so,” he stated.

With respect to support from international counties, Trotman revealed that the Caribbean Basin Security Initiative will play an important role.