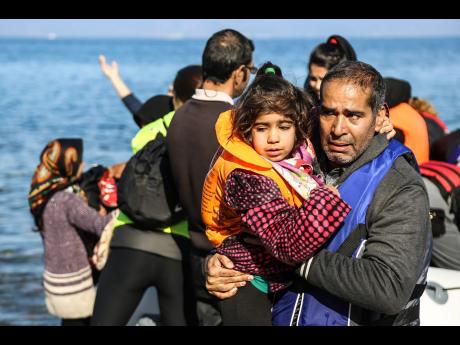 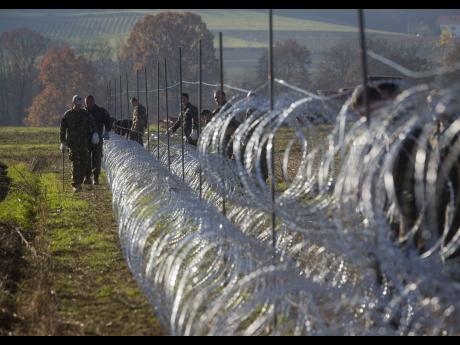 Slovenia yesterday began erecting a razor-wire fence along its border with Croatia to control the influx of migrants, as European and African leaders gathered in Malta to seek long-term solutions to the flow of people making their way across Europe.

A convoy of army trucks carrying the fence and bulldozers arrived in Veliki Obrez yesterday morning, and soldiers began unwinding the spirals of wire and stretching them along the Slovenian side of the river Sutla, which divides the two countries. Other units were later seen further southwest, near the town of Gibina, also stretching the spirals of wire and stacking them on top of each other.

Prime Minister Miro Cerar said a day earlier that his country expects about 30,000 new migrants to reach Slovenia's borders. His government fears that if neighbouring Austria restricts their entry, the number of people that would be stranded in Slovenia would be too much for the tiny Alpine state to handle.

"If we don't act on time," Cerar said, "this could cause a humanitarian catastrophe on the territory of Slovenia." He said the "technical barrier" will be used to direct the refugee flow, not to close the 670-kilometre (400-mile) border as was the case in Hungary.

Nearly 170,000 migrants have crossed Slovenia since mid-October when Hungary closed its border with Croatia with a razor-wire fence and the flow was redirected to Slovenia.