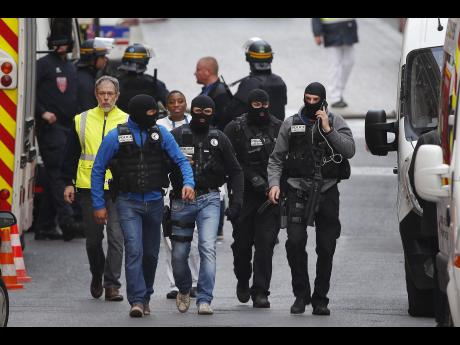 AP
Hooded police officers walk in a street of Saint-Denis, near Paris, yesterday. 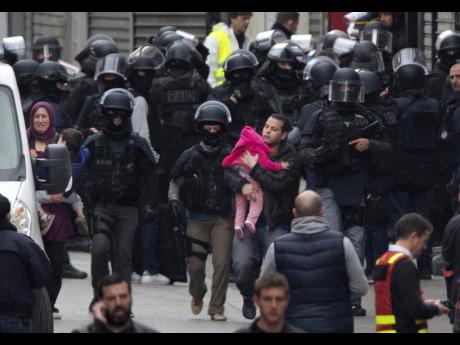 AP
Residents are evacuated in Saint Denis, near Paris, yesterday. 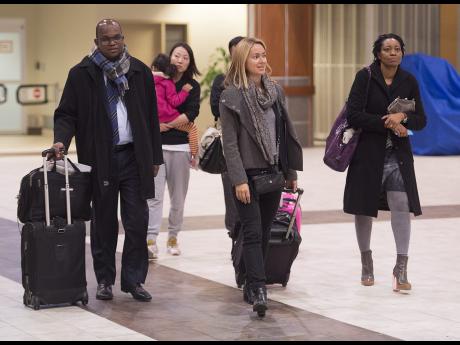 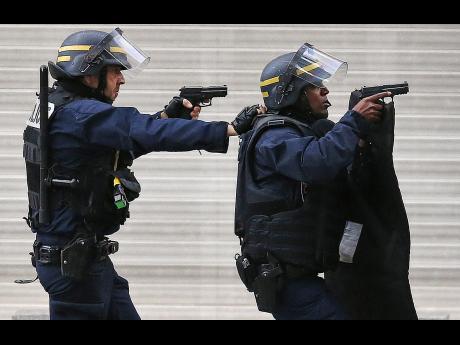 AP
Police forces operate in Saint-Denis, a northern suburb of Paris, yesterday. Police say two suspects in last week's Paris attacks, a man and a woman, were killed in a police operation north of the capital.
1
2
3
4

Amid gunfire and explosions, police raided a suburban Paris apartment where the suspected mastermind of last week's attacks was believed to be holed up yesterday. The siege ended with two deaths and seven arrests but no clear information on the fugitive's fate.

The dead were a woman who blew herself up with an explosive vest and a man hit by projectiles and grenades, the Paris prosecutor said at the end of the seven-hour siege in the Paris suburb of Saint-Denis.

Prosecutor Francois Molins said the raid was launched after information from tapped telephone conversations, surveillance and witness accounts indicated that the suspected planner of the attacks, Abdelhamid Abaaoud, might be in a safe house in the district.

Authorities could not immediately confirm whether Abaaoud, a Belgian Islamic State militant, was killed or arrested yesterday morning.

Investigators have identified 27-year-old Abaaoud, a Belgian of Moroccan descent, as the chief architect of last Friday's attacks in Paris, which killed 129 people and injured 350 others.

Meanwhile, separate overnight raids by French police across France resulted in the arrests of 25 persons and the seizure of 34 weapons.

The arrests are the latest in a nationwide police dragnet that has seen nightly raids by security forces under powers granted by the state of emergency declared after last week's attacks in Paris.

In all, French police have carried out 414 raids and made 60 arrests while seizing 75 weapons since Friday. The captured armory includes 11 military-style firearms, 33 rifles and 31 handguns. In addition to dozens of arrests, 118 more people have been placed under house arrest in another of the new powers permitted under France's state of emergency.

Parliament is expected to extend the state of emergency for three months later this week.