IS attacks claim more than 800 lives abroad this year 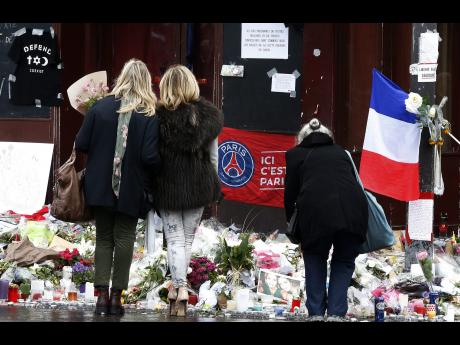 AP
People look at flowers and candles placed outside the Restaurant Le Carillon in Paris, yesterday, after last Friday’s attacks.

The Islamic State group (IS) has dramatically expanded its theatre of operations from its hub in Syria and Iraq, executing or inspiring a series of attacks across three continents, claiming more than 800 lives this year.

The mayhem created by those attacks, including the downing of a Russian airliner and a killing spree in the heart of Paris, attracts the kind of attention that the extremist group thrives on.

IS, which has recently lost territory to US-backed forces in Syria and Iraq, seeks to boost its credentials with spectacular acts of violence that attract recruits.

The scope of recent attacks and number of those killed and wounded demonstrate a level of sophistication and a determination that has shocked even closer observers of IS. The attacks reveal the extent to which the group is willing to go to surpass al-Qaida and prove itself the most dominant jihadi movement on the planet.

The attacks also demonstrate the IS group's ability to deliver multiple blows to an array of forces aligned against it. Last month's downing of the Russian plane, for instance, targeted both Russia and Egypt, whose governments have been fighting the group.