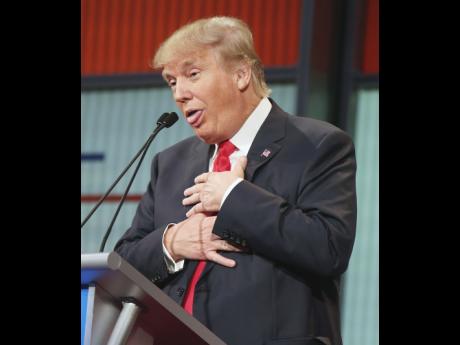 WASHINGTON (AP) -- Donald Trump's support for a government database to track Muslims in the United States is drawing sharp rebukes from his Republican president rivals as they try to distance themselves from a proposal that legal experts say is unconstitutional.

Former Florida Governor Jeb Bush called the prospect of a registry "abhorrent." Florida Senator Marco Rubio said the idea was "unnecessary" and not something Americans would support.

Texas Senator Ted Cruz, who has largely avoided criticising Trump throughout the 2016 campaign, said, "I'm not a fan of government registries of American citizens."

The criticism last Friday came after Trump, the real estate mogul who is the Republican presidential front-runner, voiced support for a mandatory database for Muslims in the US.

Trump was asked by an NBC News reporter about the prospect of a database and whether Muslims would be required to be registered. In a video posted by the network, Trump said, "They have to be."