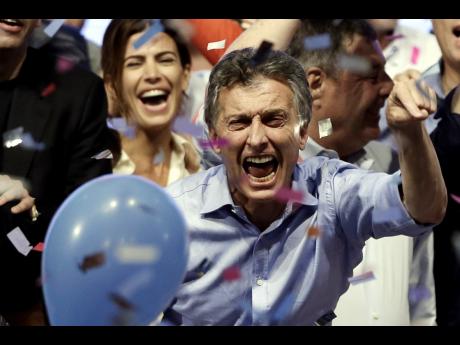 President-elect Mauricio Macri's promises to revitalise Argentina's sagging economy with free-market reforms and improve strained relations with the United States resonated with voters, carrying him to a historic win that ended 12 years of often-conflictive rule by President Cristina Fernandez and her late husband.

But when the business-friendly opposition candidate takes office December 10, he will inherit a country with around 30 percent inflation, near-zero economic growth and entrenched government social spending that private economists warn is not sustainable.

He also lacks majorities in either chamber of Congress to pass his deep reforms.

"Macri will begin his mandate in a difficult political position," wrote Daniel Kerner from the Eurasia Group, a political risk consultancy.

"He will have to make difficult economic adjustments and face serious political constraints."

"Today is a historic day," Macri crowed while his supporters celebrated. "It's the changing of an era."