One killed in weekend protests in Haiti 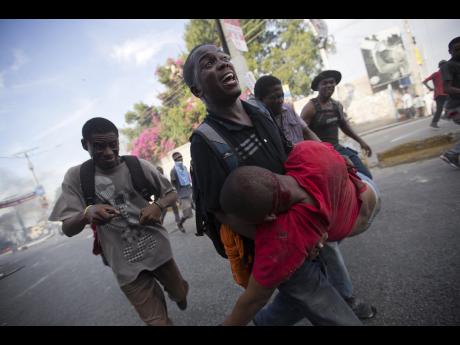 AP
An opposition protester carries a fellow demonstrator injured by a machete when he was attacked by a resident in a neighbourhood known for it's support of the ruling party, during a protest march against official preliminary election results, in Port-au-Prince. 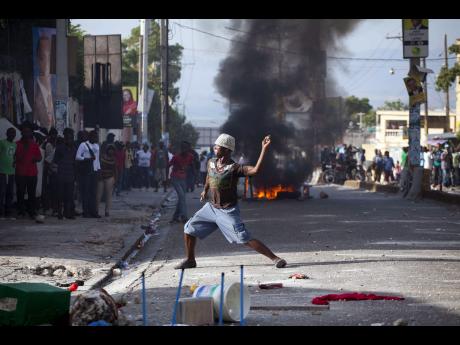 AP
A protester throws a rock during clashes with residents in a neighborhood known for it's support of the ruling party.
1
2

At least one person was killed and several others wounded as opposition supporters staged violent protests in the capital against the preliminary results of the October 25 legislative and first round presidential elections, police and opposition party officials said.

They said that the protesters erected barricades, burning tyres as they took to the streets demanding a recall of the election results.

Police said one man was shot during the protest over the weekend that also saw police using tear gas and fired gunshots to disperse the crowd.

A spokesman for the Pitit Dessalines party whose presidential candidate, Moise Jean-Charles, came third in the first round, has blamed the authorities for the incident.

?Two men, dressed in police uniforms and on a motorbike, opened fire at close range and assassinated one of our activists,? said Assad Volcy, saying that he followed the protesters who carried the victim?s remains to another part of town in a wheelbarrow.

Opposition politicians have been demanding the resignation of the Provisional Electoral Council (CEP) accusing it of not ensuring that the polls on October 25 were free and fair.

According to the preliminary results released on November 5, the ruling party candidate Jovenel Moise will contest a run off on December 27 with the opposition candidate Jude Celestin to replace President Michel Martelly who is prevented by law from contesting a third consecutive presidential election.

The CEP said Moise had received 32 per cent of the votes cast while Celestin, of the Lapeh party, received 25 per cent.

(please use both pics)