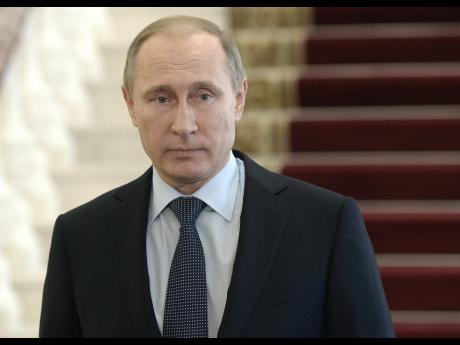 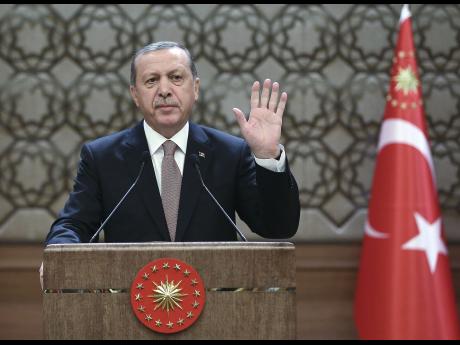 The decree published on the Kremlin's website yesterday came hours after Turkish President Recep Tayyip Erdogan had voiced regret over the incident, saying his country was "truly saddened" by the event and wished it hadn't occurred.

The decree includes a ban on some goods and forbids extensions of labour contracts for Turks working in Russia. It doesn't specify what goods are to be banned or give other details, but it also calls for ending chartered flights from Russia to Turkey and for Russian tourism companies to stop selling vacation packages that would include staying Turkey.

Erdogan's expression of regret yesterday was the first since last Tuesday's incident in which Turkish F-16 jets shot down the Russian jet on grounds that it had violated Turkey's airspace despite repeated warnings to change course. It was the first time in half a century that a NATO member shot down a Russian plane and drew a harsh response from Moscow.

"We are truly saddened by this incident," Erdogan said. "We wish it hadn't happened as such, but unfortunately such a thing has happened. I hope that something like this doesn't occur again."

Addressing supporters in the western city of Balikesir, Erdogan said neither country should allow the incident to escalate and take a destructive form that would lead to "saddening consequences".

He renewed a call for a meeting with Putin on the sidelines of a climate conference in Paris starting tomorrow, saying it would be an opportunity to overcome tensions.

Putin has denounced the Turkish action as a "treacherous stab in the back", and has insisted that the plane was downed over Syrian territory in violation of international law. He has also refused to take telephone calls from Erdogan demanding an apology.