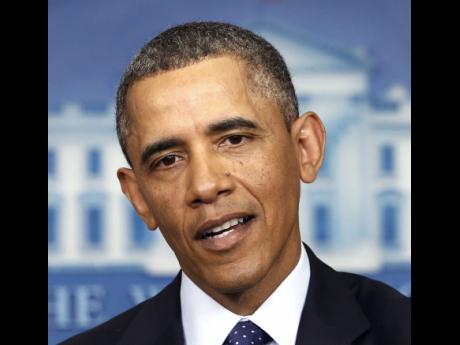 France's interior minister said yesterday that 208 people were detained after clashes with riot police on the eve of the start of a critical climate conference, and that 174 of them were being held for possible charges.

French President FranÁois Hollande said the violence was "scandalous" both because the clashes were caused by "disruptive elements" that have nothing to do with environmental defenders and because the Place de la Republique has been a memorial square for the 130 victims of the November 13 Paris attacks.

"These individuals have no place and that's why everything will be done to move them aside," Hollande said from Brussels.

As he left for the climate conference in Paris Sunday, Obama wrote a Facebook post that the United States (US) has shown it is possible to make environmental gains while creating jobs and expanding the economy.

Obama will try to reassure world leaders in Paris that the US can deliver on its own commitments.

He says the goal in Paris is a long-term framework for more global reductions, with each nation setting targets that other countries can verify.

He says leaders will try to support "the most vulnerable countries" in expanding clean energy and "adapting to the effects of climate changes that we can no longer avoid."