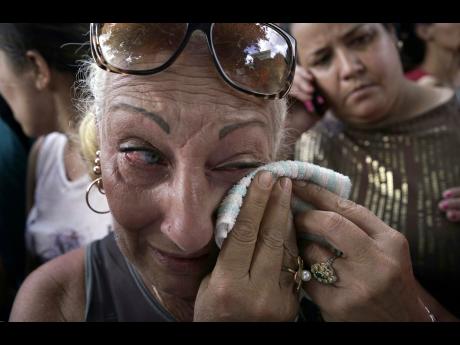 AP
Nereida Sanchez Paz, 54, wipes away tears as she stands with others outside Ecuador's embassy in Cuba expressing frustration at a new rule that now requires Cubans have a visa to visit the South American country. 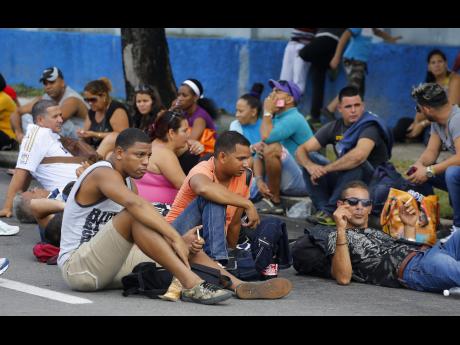 AP
Cubans interrupt traffic sitting on a portion of Fifth Avenue near Ecuador's embassy to express discontent with a new rule that now requires Cubans have a visa to visit the South American country.
1
2

The Cuban government announced yesterday it is reimposing a hated travel-permit requirement on many doctors, requiring them to get permission to leave the country in an attempt to counter a brain drain that it blames on the United States (US).

It is the first major reverse in Cuba's policy of allowing unrestricted travel for its citizens, put in place in 2013 as President Ra?l Castro allowed new freedoms as part of a broad set of social and economic reforms.

The government announced on the front page of state media that health professionals in specialities that have been drained by large-scale emigration in recent years will now be required to get permission from health ministry officials in order to leave the country.

The new policy was announced hours after the end of a meeting on Monday between US and Cuban negotiators in Washington to address a crisis in Cuban migration, which has reached its highest levels in at least two decades. Cuba complained that the US said it had no plans to change Cold War-era policies that give automatic legal residency to Cuban immigrants.

Many Cuban doctors cite low pay, poor working conditions and the possibility of well-compensated jobs in other countries as their primary reasons for emigrating. The Cuban government places the blame on the US policy of granting automatic legal residency to Cuban immigrants, with special fast-track benefits for doctors who abandon government medical missions overseas.

The government announcement cited anaesthesiology, neurosurgery, obstetrics and gynecology and neonatal care as among the specialities worst hit by the emigration of doctors in recent years.