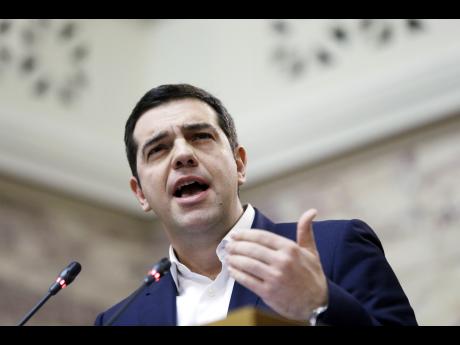 AP
Greece's Prime Minister Alexis Tsipras speaks to the lawmakers of his Syriza party at the parliament in Athens, yesterday.

Greek journalists are holding a 24-hour strike a day before a nationwide anti-austerity strike, the country's second in a month, which is expected to disrupt all public services.

bulletins were pulled off the air yesterday and news websites were not refreshed after 6 a.m. local time (0400 GMT). No newspapers will be published today.

Greece's two largest unions, which cover the public and private sectors, have called a general strike for today to protest the government's budget, which is to be voted on in Parliament on Saturday night, and pension reforms.

The strike will disrupt public transport, including domestic flights and ferries to the islands, and public hospitals, while schools will be closed. Lawyers have said they will also join in.