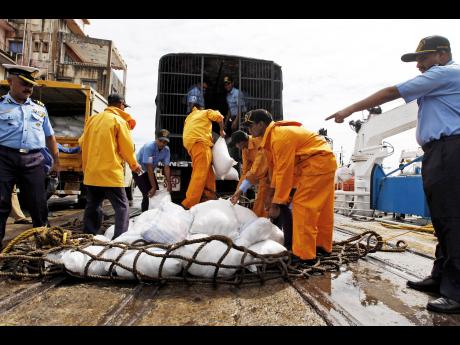 AP
Coastguard sailors load a truck with relief material to be distributed to the flood-affected in Chennai, India.

State authorities were investigating complaints of negligence by officials at MIOT International Hospital in the state capital of Chennai, which is reeling from massive floods.

The 18 patients were in the intensive care unit when a power outage affected ventilators in the hospital, leading to their deaths over the past two to three days, said state Health Secretary J. Radhakrishnan.

He said that flood waters entered the room with the generators, cutting off power to the building and switching off the ventilators.

More than 280 people have died due to the floods in Chennai, a city of 9.6 million, and nearby districts, including several who were killed due to electric shocks from power distribution boxes that had been submerged by flood waters.

Authorities have turned off power supplies in some areas to prevent accidental deaths.

Although flood waters have begun to recede, vast swaths of Chennai and neighbouring districts were still under two to three metres (eight to 10 feet) of water, with tens of thousands of people in state-run relief camps.