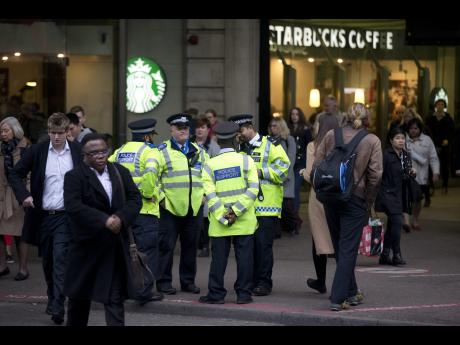 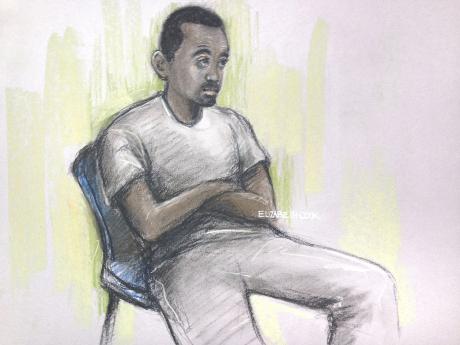 AP
This is a sketch by court artist Elizabeth Cook of Muhaydin Mire appearing at Westminster Magistrates’ Court, London, yesterday.
1
2

A man who allegedly screamed "this is for Syria" as he slashed a passenger's neck in a London subway station had images associated with the Islamic State group on his mobile phone, prosecutors said yesterday.

Muhaydin Mire, who has been charged with attempted murder, also allegedly had images relating to the November 13 gun and bomb rampage in Paris and a recent British police anti-terrorism training exercise.

Passers-by recorded the aftermath of the incident on their phones. In one clip, as police officers wrestled the suspect to the floor, a bystander yelled: "You ain't no Muslim, bruv."

The terse dismissal, spoken in a distinct London accent, complete with the slang term 'bruv', for brother, raced round social media, with the hashtag 'YouAintNoMuslimBruv' becoming a top trending topic on Twitter.

Mire, who is 29 and lives a few blocks from the east London subway station, appeared yesterday at Westminster Magistrates' Court.

Cawthorne, the prosecutor, said Mire launched a "violent, sustained, and unprovoked" attack on a 56-year-old man, who was punched and kicked to the ground before being slashed in the neck during the attack. He required five hours of surgery on a 12-centimetre (5-inch) wound and is in stable condition in a hospital.