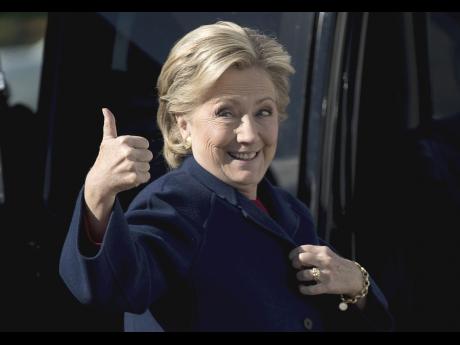 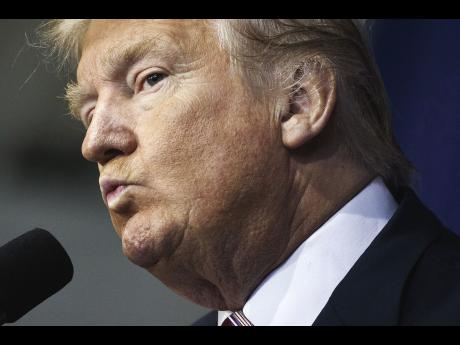 Hillary Clinton aimed to hit high notes yesterday in the final moments of her campaign, hoping an uplifting message would wash away voters' disgust with the gruelling presidential contest. Donald Trump vowed he and his supporters would never quit, as he charged into unexpected territory.

The candidates embarked on one of their final tours of battleground states, shifting their closing arguments to weary voters deeply divided along racial, economic and gender lines.

With national polls showing her retaining an edge, Clinton enlisted allies and A-listers for help at stops in Pennsylvania, Ohio and New Hampshire. She planned to campaign with Cavaliers star LeBron James in Cleveland, and rally voters in Manchester with Khizr Khan, the Gold Star father whose indictment of Trump delivered emotional high point for Democrats.

Trump, meanwhile, planned a marathon day on the campaign trail, with stops in five states, including Minnesota, Michigan and Pennsylvania - states that have long proved unfriendly territory for Republican presidential candidates. But buoyed by a late surge of momentum, Trump declared that his loyal, white working-class voters will deliver an upset on Tuesday.

"Our secret weapon is the American people who are saying 'Enough is enough'," vice-presidential candidate Mike Pence said on Fox News Sunday.

Tension ran high in the final days. Trump was rushed off stage on Saturday night at a rally in Reno, Nevada, after someone near the stage had shouted "Gun!" according to the Secret Service. The agency said a search revealed no weapon.

Trump returned a few minutes later to resume his remarks and declared, "We will never be stopped."

The Republican candidate's son and top campaign adviser later retweeted the false rumour that the incident was an "assassination attempt", and a supporter at a subsequent rally in Denver repeated the suggestion.

Asked about the misinformation, Trump's campaign manager Kellyanne Conway did not apologise, but said Trump's son was acting out of worry: "It's pretty rattling to think of what may have happened to your father. So, I will excuse him for that," Conway told CNN yesterday.

The Clinton campaign says it is focusing on securing its firewall in the West and upper Midwest. President Barack Obama planned to rally in Ann Arbor, Michigan, today, before joining Clinton for a rally in Philadelphia that evening.

Critical in both states is African-American turnout. Black clergy were taking to the pulpits in a "Souls to the Poll" campaign to energise black voters, after early vote data show some signs of diminished turnout.

Clinton campaign chairman John Podesta told NBC's Meet the Press that the campaign believes that if Clinton wins Nevada and Michigan, she "is going to be the next president of the United States".

"Tonight, I want to hear you roar," a smiling Clinton said before introducing Perry for a Saturday night performance in Philadelphia.

At least 41 million Americans across 48 states have already cast ballots, according to an Associated Press analysis. That's significantly more votes four days before election day than voted early in the 2012.