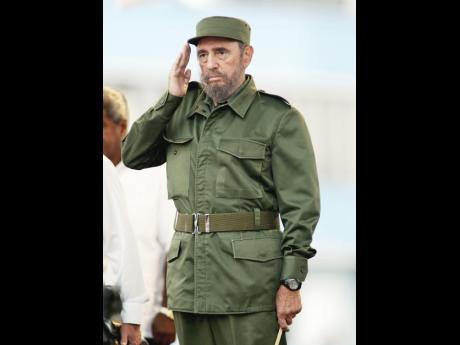 Passengers erupted into applause as the first commercial flight from the United States to Havana in more than 50 years landed in Cuba, arriving as the island begins week-long memorial services for revolutionary leader Fidel Castro.

Cubans saluted the packed American Airlines flight by spraying water from firetrucks above the plane as it taxed along the runway at Jose Marti International Airport in honour of the inaugural voyage.

"It was very emotional for me," said Jonathan Gonzalez, 31, a Cuban-American born in Miami who said it was his third time visiting the island.

Passengers wearing straw hats provided by American Airlines, with the word 'Cuba' on the back, were greeted with welcome signs in various languages but no music. The visitors arrived at the same time that tens of thousands began paying homage to Castro in Havana and a state-sanctioned ban on live music has hushed the capital's usually festive nightlife.

"I'm intrigued to see how the city is after the death of Fidel Castro," said Tamara Cara, 45, an education professional from Puerto Rico on the flight.

For years, US travellers to the island have had to go through burdensome charter flights with four-hour check-ins. The US and Cuba signed a deal in February to restore commercial air traffic, marking one of the most important developments since Presidents Ra?l Castro and Barack Obama announced they would restore diplomatic relations nearly two years ago.

President-elect Donald Trump has denounced Obama's moves to open relations with the island. Adviser Kellyanne Conway told ABC's This Week on Sunday that nothing has been decided on Cuba, but said the US is allowing commercial aircraft to do business with a repressive Cuban government and military.

Several other flights from the US also were scheduled to arrive on Monday.

American Airlines held a small celebration for the passengers in Miami before departing, serving typical Cuban staples like croquettes and cheese-filled pastries.