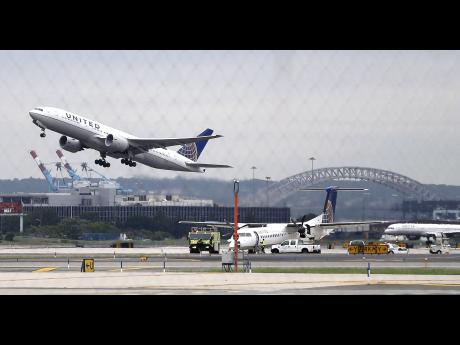 United is getting pummelled on late-night TV. Online, jokers are proposing new corporate slogans such as "We'll drag you all over the world" and "We have red eye and black eye flights available". On Wall Street, the airline briefly lost nearly $1 billion in market value before its stock regained much of the loss.

The cell phone video of airport police dragging a 69-year-old passenger off an overbooked flight has become a public-relations fiasco for United, with travel and PR experts saying the airline fumbled the situation from the start and made matters worse with a tone-deaf apology from the CEO.

It's too soon to know whether Sunday night's incident at Chicago's O'Hare Airport will cause lasting harm. Many travellers go for the cheapest fare, no matter what the name on the plane. And United frequent flyers will not easily give up

Then again, there are those videos of the man being yanked out of his seat and pulled down the aisle on his back as other passengers gasped.

"That is the craziest act I've ever seen. Who drags a ticketed passenger off an aeroplane?" asked Bruce Rubin, a longtime practitioner of crisis public relations in Miami. "Because it's so visual and it's so unnecessary, it's the kind of thing that can hurt United long-term."

Just two weeks ago, United was at the centre of another PR furore after a gate agent in Denver barred two girls from boarding a flight because they were wearing leggings.

United CEO Oscar Munoz apologised on Monday for the latest incident, but also blamed the passenger for not obeying when airline employees asked him to leave. Munoz called the man "disruptive and belligerent".

On Tuesday, Munoz offered a stronger mea culpa for the "truly horrific event", saying, "No one should ever be mistreated this way." He promised a review of airline policies by April 30 and vowed to "fix what's broken so this never happens again".