US carrier heading for Korea trains with Japanese destroyers 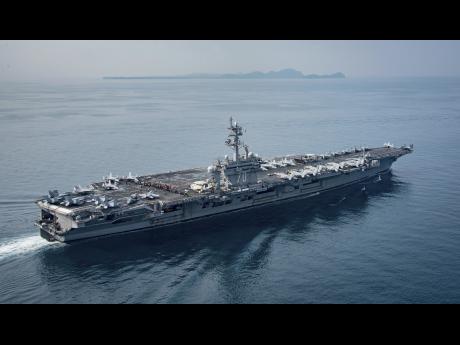 Two Japanese destroyers joined the USS Carl Vinson and two other US warships as they continued their journey north in the western Pacific Ocean, the US Navy said in a statement.

The Vinson had cancelled a scheduled visit to Australia to divert towards North Korea in a show of force, though it still conducted a curtailed training exercise with Australia before doing so. Tensions are elevated on the Korean Peninsula, with the Trump administration saying that all options are on the table, and indications that North Korea may be preparing to test a nuclear weapon or long-range missile.

The Navy called the exercise "routine" and said it is designed to improve combined maritime response and defence capabilities, as well as joint manoeuvring proficiency.

The Vinson group has conducted three previous bilateral exercises with the Japanese navy since leaving San Diego on January 5 for a western Pacific deployment. The most recent one was in March.