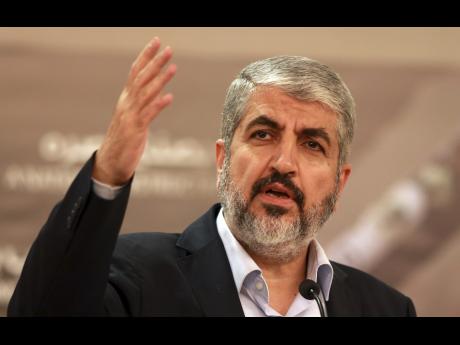 With the new manifesto, Hamas rebrands itself as an Islamic national liberation movement, rather than as a branch of the pan-Arab Muslim Brotherhood, which has been outlawed by Egypt. It also drops explicit language calling for Israel's destruction, though it retains the goal of eventually "liberating" all of historic Palestine, which includes what is now Israel.

It's not clear if the changes will be enough to improve relations Egypt which, along with Israel, has been enforcing a crippling border blockade against the Hamas-ruled Gaza Strip since the group seized the territory in 2007.

Hamas clung to hard-line positions that led to its isolation in the first place. The group reaffirmed that it will not recognize Israel, renounce violence or recognize previous interim Israeli-Palestinian peace deals the West's long-standing conditions for dealing with Hamas.

The five-page program, a result of four years of internal deliberations, was presented at a news conference in Doha, Qatar, by Khaled Mashaal, the outgoing Hamas leader in exile. The group has said Mashaal's replacement is to be named later this month, after the completion of secret leadership elections.

The document reflects a "reasonable Hamas, that is serious about dealing with the reality and the regional and international surroundings, while still representing the cause of its people," said Mashaal.

A copy of the program was distributed to journalists in Gaza who followed the news conference by video link.

The new platform seemed to cement the ideological divide between Hamas and its main political rival, the Fatah movement of Western-backed Palestinian President Mahmoud Abbas.