Lawmakers settle on US$1t plan to avoid US gov't shutdown 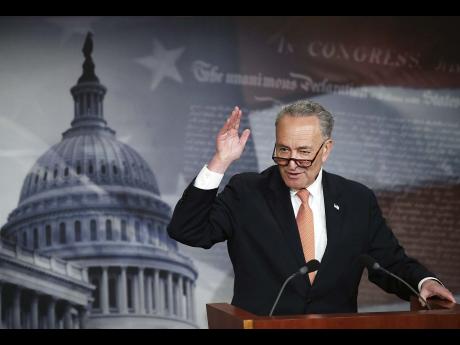 Lawmakers yesterday unveiled a huge US$1-trillion-plus spending bill that would fund most government operations through September, but would deny President Donald Trump money for a border wall and rejects his proposed cuts to popular domestic programs.

The 1,665-page bill agreed to on Sunday is the product of weeks of negotiations. It was made public in the predawn hours yesterday and is tentatively scheduled for a House vote tomorrow.

The catchall spending bill would be the first major piece of bipartisan legislation to advance during Trump's short tenure in the White House. While losing on funding for the wall along the US-Mexico border, Trump won a $15 billion down payment on his request to strengthen the military, though that too fell short of what he requested.

Vice-president Mike Pence said the administration "couldn't be more pleased" and noted that it would include a boost in military spending, a "down payment" on border security and provide money for health benefits for coal miners.

The measure funds the remainder of the 2017 budget year, through September 30, rejecting cuts to popular domestic programs targeted by Trump such as medical research, the Environmental Protection Agency, and infrastructure grants.

Successful votes later this week would also clear away any remaining threat of a government shutdown at least until the October 1 start of the 2018 budget year. Trump has submitted a partial 2018 budget promising a whopping $54 billion, 10 percent increase for the Pentagon from current levels, financed by cutting to foreign aid, the EPA, and other nondefense programs by an equal amount.