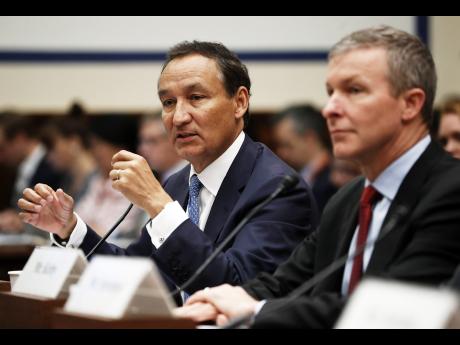 Air travel in the United States has become a combustible mix in which passengers are not the only ones treated unfairly, senators were told yesterday. Travellers all too frequently take out their frustrations on airline employees, including flight attendants and gate agents, speakers said a Senate hearing.

Senators from both parties said airlines must improve the way they treat their passengers, but they also said airline employees must be treated with respect.

The Senate hearing comes after a passenger was dragged off a United Airlines flight last month and a separate incident on American Airlines in which a mother with a stroller was bullied by a flight attendant. Videos of both incidents were widely circulated on social media.

Senator Bill Nelson, D-Fla, said air travellers frequently tell him they "feel like they're being treated as self-loading cargo rather than as valued consumers".

Passengers are so fed up that they are becoming amateur detectives, Nelson said, using their cellphones to record incidents such as the removal of United passenger David Dao and the heated confrontation on the American flight.

The widely shared video of a bloodied Dao being dragged from the United flight, which he had refused to leave, sparked worldwide outrage and led to calls for a congressional crackdown on US airlines.

"I take no pleasure in beating up the airlines, but in this case, it's warranted," said Nelson, the top Democrat on the Transportation Committee. "The fact is we wouldn't be sitting here today if the traveling public believed the airlines cared more about them than their own bottom lines."

Nelson and other lawmakers complained about an "explosion of fees" for services such as checked baggage, priority boarding and assigned seating, even as flights are frequently delayed and passengers with disabilities or other special needs are not treated with proper care.

"Adding insult to injury," American Airlines announced this week that it is slashing legroom in its new Boeing 737 jets to squeeze 10 more passengers on its planes, Nelson said.